Everything you need to know about ISO

ISO is one of the three components on which the camera heavily relies on in creating a photo. It is also an element that has a major impact on the quality of the image. That is why, it’s important for anyone dabbling in photography to know about ISO. 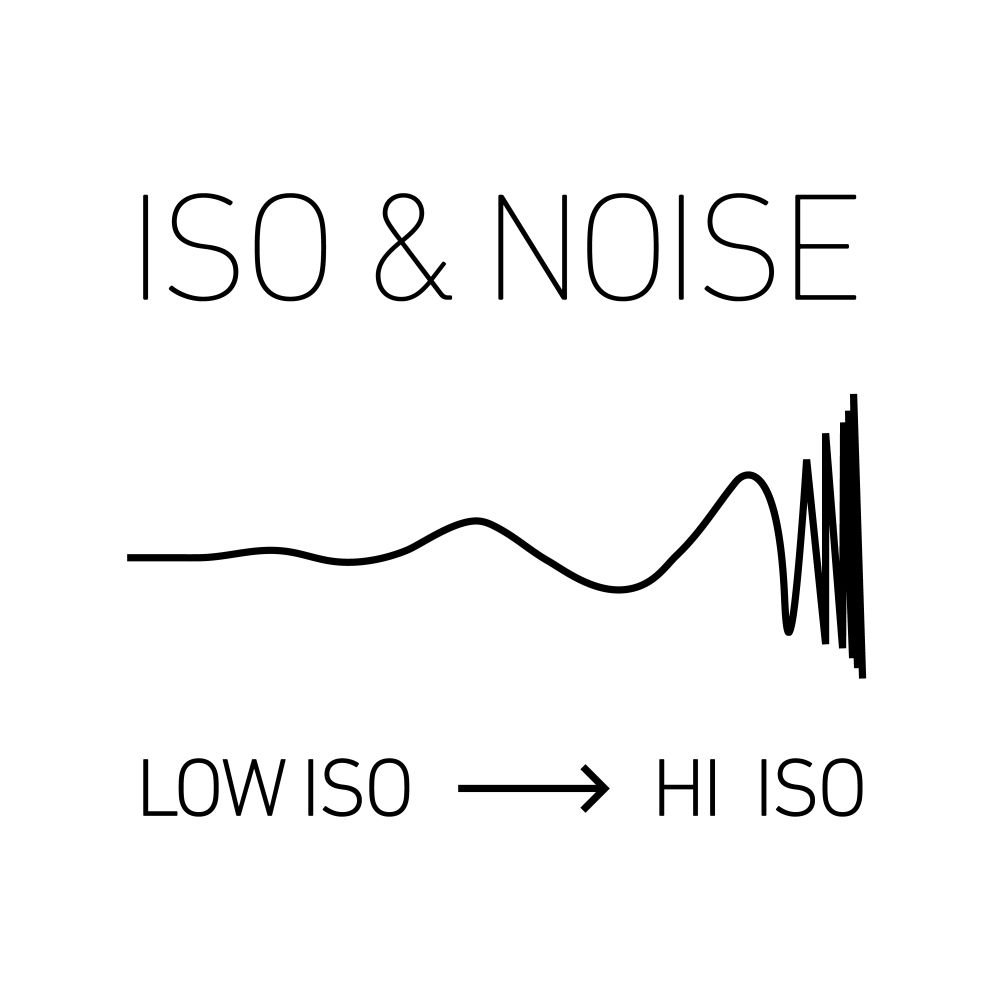 Sensitivity of the sensor behaves something like the retina of the human eye. When you switch off the light in a room, it gets dark. But gradually you will start seeing things around in the room. When the lights are switched on, it feels as if you are staring directly at the sun at just a few miles away from it. And this is why you shut your eyes immediately.

What’s happening here is that when it gets dark the retina in your eye opens up thus allowing in as much light as possible. Basically it increases the sensitivity of your eyes to light. And that is how you gradually start seeing things in the dark. The retina is amplifying even the tiniest source of light so your eye can see it. So, now if the lights were to suddenly switch on, you will be blinded by the amount of light because though the light is not really that bright, your eyes are still highly sensitive to light.

The functioning of the sensor of the camera is very much similar to the retina of the eye. When the sensitivity is high, the sensor will amplify the ambient light. Since the light is increased, the exposure also increases. So basically, higher ISO results in higher exposure.

From the above statements, it might feel like it’s best to leave the ISO at high all the time but it’s not. When you increase the ISO you will add noise to the image in the form of grains. That is why, though ISO increases sensitivity, it’s best to leave it at the lowest default value of the camera. Normally, it’s ISO100. But some higher end DSLR’s offer ISO 50 as well. Lower the ISO, lesser the noise in your images. More the ISO, more noise will appear all over your image in form of grains. 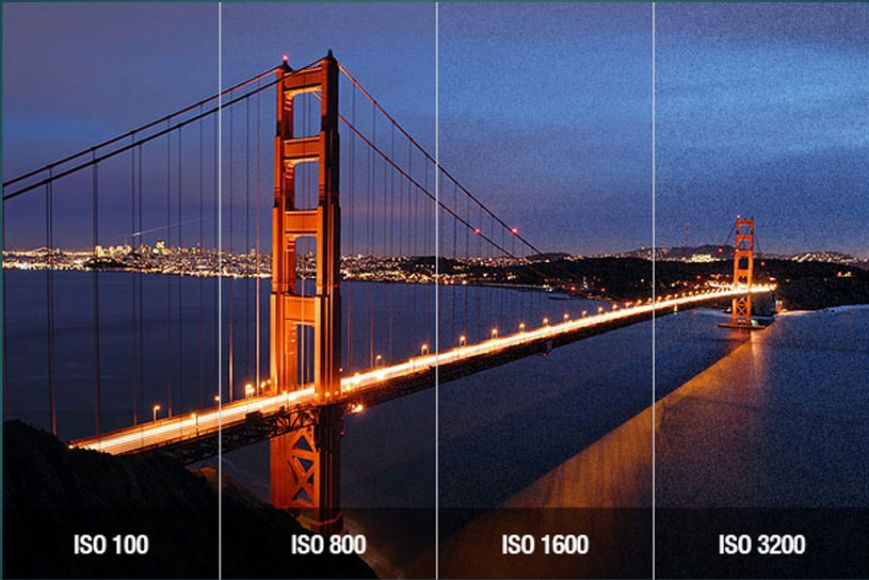 Like aperture and shutter speed, ISO also has a standard scale of measurement with standard distribution of units. On most cameras the lowest ISO value is 100 and the maximum goes up to 3200. On higher end camera, ISO starts at 50 and can go beyond 3200. The ISO scale ranges from 100 to 3200 starting from ISO100, then ISO 200, ISO 400, ISO 800, ISO 1600 and ISO 3200. From the scale, you can see that each value of ISO keeps on doubling as it increases. That’s because, every time you are increasing the ISO, you are doubling the sensitivity to light. Double the sensitivity gives double the amount of light.

Light is measured using the light meter with the dimensionless unit called stops on a scale that has readings ranging as -2, -1, 0, +1, +2. Each of these readings is called as exposure value (ev) and the difference between them is 1 stop. Every time you double the amount of light, you will increase the exposure by 1 stop. Every time you cut the light in half, you will decrease the exposure by 1 stop.

When Should You Increase ISO?

We did learn earlier that increasing the ISO results in adding noise in the form of grains to your images and that is what it is best to leave the ISO at the minimum possible. However, you will be in situations where the light meter shows that you are under exposing your image and there is nothing else that you can do about it. In that case you will have to rely on increasing the ISO.

When shooting especially in low light situations, we might have certain visualization of a shot pertaining to a certain setting of depth of field and motion capture because of which we do not want to alter those settings for the sake of exposure. Let’s say it’s a night landscape shot. So have set a small aperture size to get all the elements in the frame in focus. Let’s say your camera settings are aperture at f/11, shutter at 1/100th of a second and ISO 200. AT this setting the light meter reading shows at -1 ev. You do not have a tripod at the moment because of which you are not able to reduce the shutter speed to increase the exposure and risk a camera shake. You do not want to increase the aperture size either because you are getting sharp details at all the points at f/11. The only resort you have now is ISO.

At ISO 200, the camera light meter reads -1 ev. To bring it to a perfect exposure which is a 0ev, we will need to increase exposure by 1 stop. Therefore, my new ISO will have to double the light that means, my new ISO setting will be ISO400.

Let’s say at ISO 400 the light meter shows +2ev. So now, I will have to reduce the exposure by two stops to bring it to 0 stops. Reducing by two stops means you will have to cut the light down by a 1/4th. That means my new ISO settings will be ISO100.

So, Now You Know

ISO is basically electronic intervention. IT has nothing to do with the optics like how aperture and shutter control the intensity and duration of light respectively. It’s a digital extension that cameras have so that in low light situations one doesn’t have to give up on their shot in fear of getting under exposed images. High end cameras have very powerful sensors because of which even at higher ISO, the noise will almost be invisible. You will probably need to take a good hard look to identify noise due to higher ISO in such images. If you are a professional photographer and will be doing low light shots more often, you should consider buying such a camera.