Buying A Hot Shoe Flash: 8 Things You Need To Know

Adding a hot shoe flash to your photography gear is a great way to expand its capability, but there’s certainly no shortage of options when it comes to choosing a flash. Which one will meet your needs? What is a flash guide number? What other features do you need?

Choosing a flash shouldn’t give you headache. Here are eight things you need to know before buying your first hot shoe flash.

Keep in mind though that you may not be able to truly light up a subject that far away. While useful for comparing one flash to another, guide numbers are tested on optimal camera settings with optimal surroundings. To get the most reach for your flash, you’ll need a low ISO and a wide open aperture. Objects in the scene that are reflective (like anything large and white) will affect how far the light really reaches too. Use the guide numbers to compare the power of similar flashes, not to determine an exact distance. 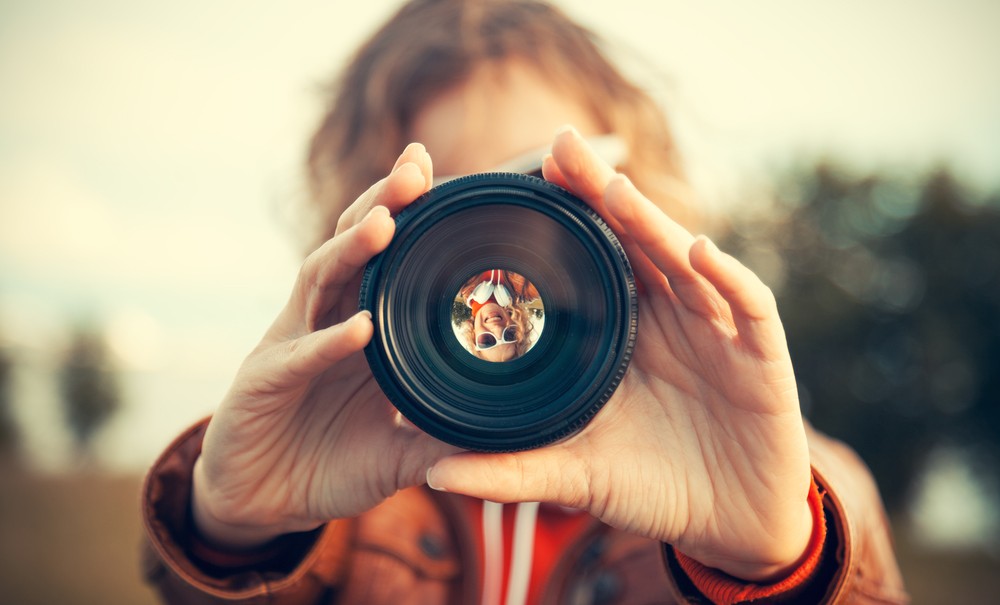 Some hot shoe flashes are entirely manually controlled, while others have both manual and an automatic mode called TTL, or Through The Lens. TTL is a method of metering, but for your flash. Using TTL, the flash sends out a pre-flash. That initial burst of light is measured to automatically determine the best exposure settings for the flash, using that setting on the second full flash to light up the photo. TTL is simply an automatic flash mode. While manual flash mode is best for balancing the flash with the ambient lighting and having more control over the shot, TTL is essential for shooting with a flash when there’s no time to stop and adjust, like for sports.

A big advantage of hot shoe flashes is that it’s much easier to bounce them. However, not every hot shoe flash has bounce capabilities. Look for a tilt range in the flashes description before you buy. It will list just how far that flash head rotates. The more a flash head rotates, the more options you’ll have for bouncing. Make sure the flash tilts up to bounce it off the ceiling, as well as to both sides, as these are the angles you’ll likely use the most. 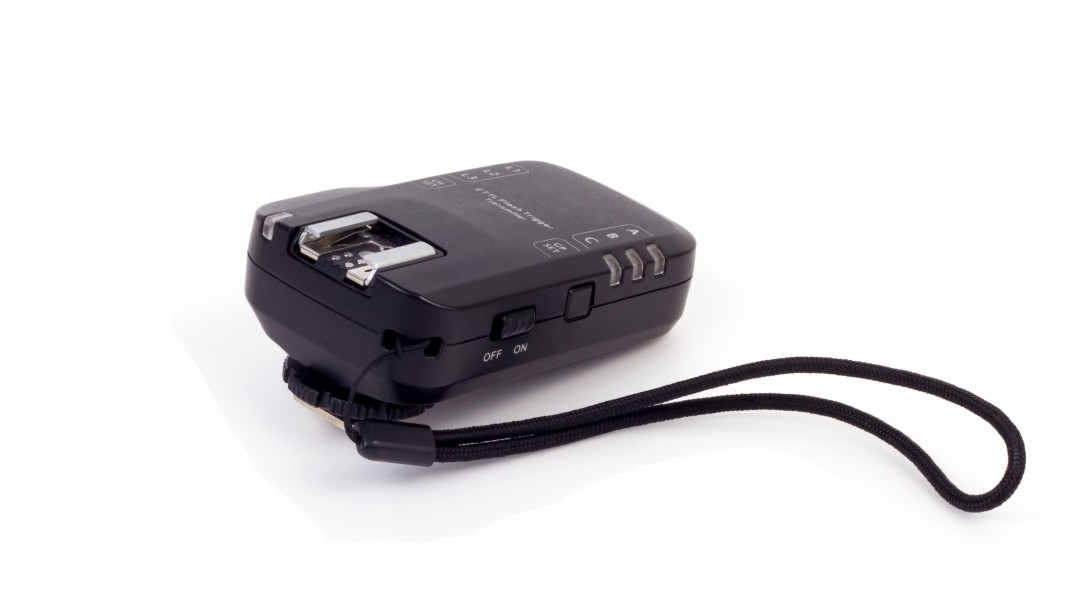 What’s the biggest advantage of a hot shoe flash? It’s not attached to your camera. Many newer flash units have wireless capability built-in, so you don’t need an adapter to shoot with the flash off camera. Taking the flash off the camera expands its capability immensely, allowing you to add light in from different angles, or to use multiple flashes to create different effects.

When looking at a camera with built-in wireless, check to see if the wireless functionality is compatible with your camera. If your camera is a bit older than the flash, you may need to add on an accessory into your hot shoe that allows you to control the flash options. Flashes that don’t have built-in wireless can often be used with wireless adapters to get that capability, at an added expense.

Most flashes will have a few different sync modes, including rear curtain and slow sync. But not every flash is equipped with a high speed sync. This flash mode continually fires bursts of light so that you can use a shutter speed above the camera’s flash sync (typically 1/250). Without the high speed sync, shutter speeds over the flash sync speed will actually leave part of the image black, an effect of the shutter. 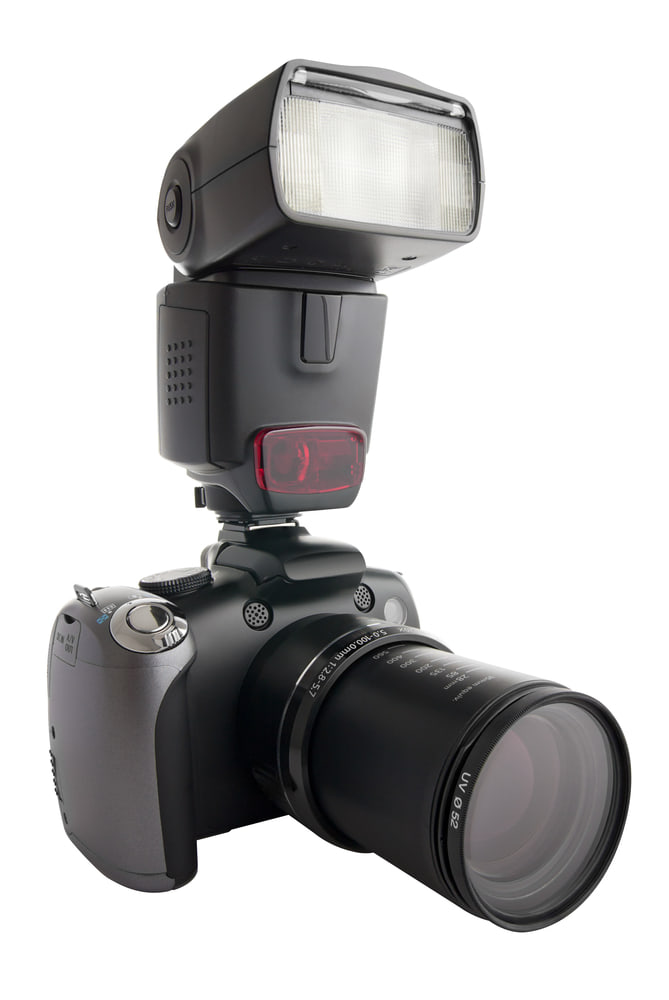 To avoid throwing light out to parts of the scene that aren’t being photographed, hot shoe flashes have a zoom setting as well. On a wide angle setting, light is being spread out to the sides, but on a telephoto setting, light is being redirected in a narrower pattern, so there’s no light wasted out to the sides. On auto or TTL mode, the flash zoom is selected automatically. When used with manual, you set the zoom setting. But, you can also set the zoom to intentionally mismatch your lens setting. For example, you can use a telephoto setting while actually shooting for a wide angle perspective. Instead of illuminating the whole scene, this will light only part of the image.

Not every flash works with every camera. There are several options from Nikon and Canon that are brand specific, as well as a few other brands that work specifically for a certain camera system. There’s also a handful of off-brands that make flashes that will work on several different cameras. Before you buy, be sure to check compatibility.

Some flashes may work with certain camera bodies, but with limited function—make sure the camera is fully compatible. Some flashes don’t mix with the camera’s TTL system, so they can only be used manually. Wireless is also a big feature that’s commonly incompatible. If the camera doesn’t have a way to adjust the flash settings built-in, you’ll need an adapter to use the wireless functionality.

Don’t just choose the cheapest flash that is compatible with your camera. Factors like the guide number, wireless capability and TTL mode will make one flash that’s great for one type of photographer not the best for another. Before you buy, consider the guide number, TTL, tilt, wireless control, high speed sync, flash zoom, recycling speed and compatibility.