Understanding the Difference Between Macroeconomics and Microeconomics

Economics is a social science that explores the problem of scarcity. It investigates the way in which scarce and limited resources are allocated to meet unlimited human wants. Often going hand-in-hand with business studies, economics is also concerned with the economic performance of a country that strives towards achieving the macroeconomic objectives. The subject is commonly divided into microeconomics and macroeconomics.

Microeconomics is a study where you take one thing from the economy and put it under a microscope. Microeconomics focuses on the decisions or functioning of decision-makers (which includes individual consumers, households, and firms) in isolation from the rest of the economy. This area of economics is commonly covered first and foremost before moving on to other areas of economics.

A hot topic that falls under the umbrella of microeconomics is the demand and supply model. This is a model that is used by economists around the world, as it is the most reliable yet still simple model to use when determining market outcomes. It ultimately looks at how suppliers produce their goods and services so that they can sell them to consumers that have a demand for those goods and services, and so market equilibrium can be achieved.

Microeconomics also studies different economic systems that are used around the world and throughout history. Different market structures, like perfectly competitive markets and monopolies, are also studied as they have very different supply models and cost structures. Government intervention is also relevant to microeconomics, as they often need to regulate markets that are necessary to consumers but struggle to achieve desired market outcomes. Finally, the factors of production, namely labour, capital, natural factors, and entrepreneurship are significant to the production process suppliers need to control and are carefully analysed in microeconomics.

Macroeconomics focuses on aspects that affect all components of the economy and looks at what affects the trading relationships a country has with members of its alliances or unions. Essentially, this area of economics looks at the “big picture”. Macroeconomics is also focused on how each economy performs in terms of measurements of economic performance. These measurements, like GDP per capita, inflation, unemployment, and the balance of payments, determine whether an economy is succeeding in achieving the macroeconomic objectives.

Each of these macroeconomic objectives is crucial for every country to achieve, even if some of the objectives can conflict with each other. Full unemployment will come at the cost of sustainable economic growth and stable inflation rates. The balance of payments often has to be lopsided towards more exports and fewer imports to fulfil consumer’s wants and needs, but this comes at the cost of full employment and sustainable growth. The trade-off between sustainable growth and maintaining income equality is probably the most difficult balance to maintain for many countries. 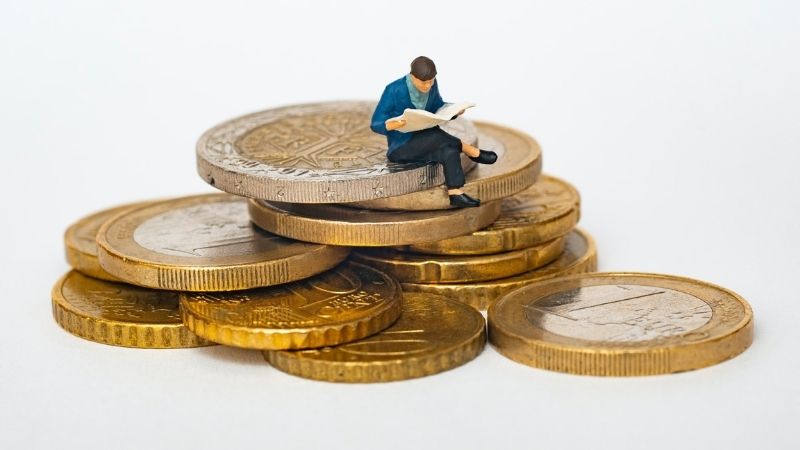 Macroeconomics also studies the key role-players of any economy, even if it is a closed economy. The monetary sector is often the central bank of an economy and uses various instruments (like the repo rate) to control key economic variables. The fiscal sector, also known as the public sector, has the responsibility to improve the living conditions of a country and must do so using reasonable levels of government funding, government spending, and government borrowing. This is all to do with a closed economy, and when an economy opens up its borders for international trading, it also brings in another key role-player into the fold: the foreign sector.

International economics is also included within the scope of macroeconomics. This solely focuses on how the foreign sector can influence the efficiency of any market economy. Trade theory is a key topic in international economics, and it often leads to talks of economic unions and alliances. The foreign exchange market, which is also covered under macroeconomics, is concerned with the valuation of currencies around the world. Finally, the extended Keynesian economics model is a staple model that explains economic growth using variables both internal and external to an economy.

Economics is a very technical subject that will test your mathematical skills as well as your understanding of obtaining optimal outcomes in an economy. Upskillist’s online course is for the future entrepreneur wanting to get a better understanding of the economic environment they will be working in, as well as for anyone who wants to brush up on the core and essential economic concepts. An individual that is well-educated in economics will be able to make thorough analyses of any country's economic performance.