The Ultimate Guide To Special Effect Filters For Digital Photography

Some filters should be in every photographer’s bag, like a polariser and neutral density filter. Others, like coloured filters, are simply personal preference. But there’s a third category too. Special effect filters create unique looks, and while they aren’t the best for every photo, they add artistic flair with a simple filter instead of an intensive Photoshop process.

Special effect filters, unlike polarisers and neutral density filters, aren’t there to perfect what we see, but to add or alter what’s already there. Filters like cross star, soft, fog, multivison, infared and others are good options to amp up the creativity in your photos.

Star filters, also called cross filters, take a point of light and turn it into a star. One filter may turn the light source into a six point star, others a four or eight point star.

Cross star filters are typically the circular, screw-in type. If you look closely at a cross star filter, you’ll see a small grid pattern inside the glass. That’s what catches the light and turns it into a star.

Useful in a variety of lighting scenarios, cross star filters add a bit of flair to an image, without looking overly fake. Cross star filters are best used when there’s just one or two light sources—a lot of small lights turned into stars can get a bit distracting. Light sources can range from the sun to artificial light.

Can the cross star filter be mimicked in Photoshop? Yes, but it’s not the simplest edit. Adding a filter to the end of your lens is much less time intensive, and cross star filters are rather inexpensive. You can learn how to practically mimick such filters in our professional online photoshop course.

Most of the time, photographers are aiming to get that pin-sharp image, to a point where sharpness has almost become obsessive. But intentionally rendering an image a bit soft has a place in photography too, usually for an artistic effect.

Soft or diffusion filters were once popular for portraits, but have a variety of uses. The softening, dreamlike effect they produce is also good for artistic still life images. A soft filter is a bit different look than motion blur or simply a shot that’s out of focus.

Can the soft filter effect be mimicked in Photoshop? Yes, and unlike the filter, in Photoshop the photographer has a bit more control over the intensity of the effect. There’s about half a dozen steps involved though. 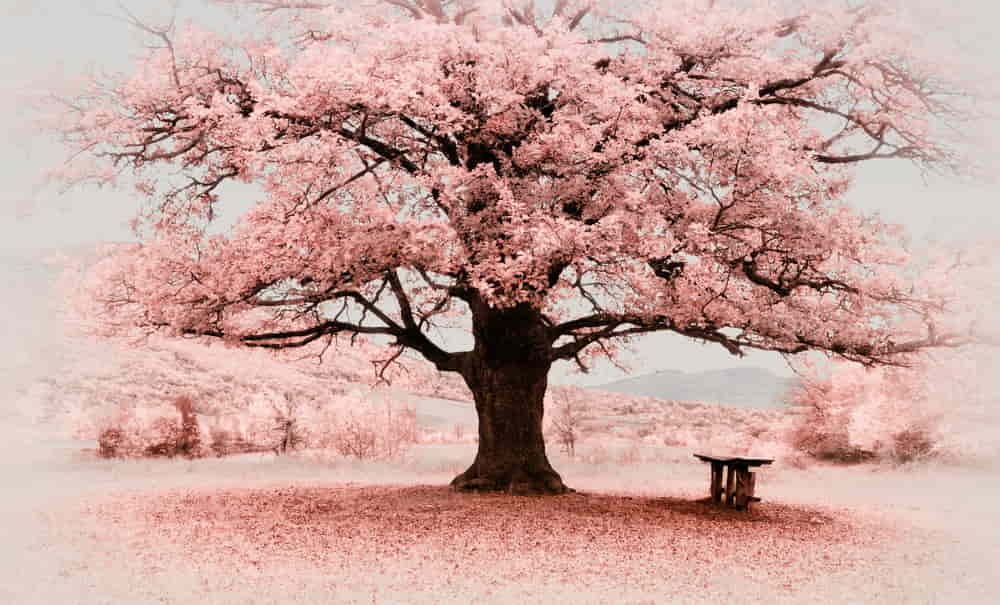 Centre spot filters are typically used when the subject is the centre. Creating a soft, dreamlike background, the subject, when placed in the center of the frame, is still soft. The filters with a hole in the middle, instead of clear glass, usually leave a ring in the image where the effect begins.

Radial zoom filters are similar, but instead of the soft focus effect on the outside of the image, a motion blur is introduced. This same effect can be achieved by zooming in during a longer shutter speed.

Can the center spot filter effect be mimicked in Photoshop? Yes. There’s a few more steps involved than just a soft filter effect, but the look of this filter is fairly easy to mimic in post processing. 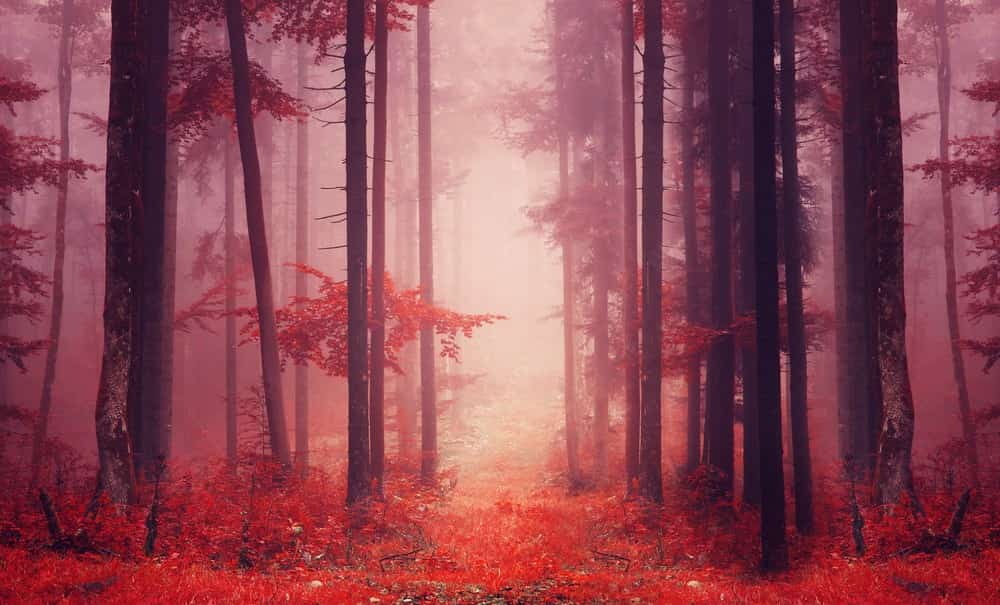 As their name suggest, fog filters add fog to an image where there isn’t one. This filter, another type of diffusion filter, reduces contrast and causes lights to flare, much like the look of a natural fog. Fog filters can be either the square slide-in, or the circular screw-in type.

Fog filters are often used to mimic the look of a foggy morning in a landscape, or to enhance the feeling of humidity. There are a few more uses than the name simply suggests, however. Used when in photographing the night sky, a fog filter will make the stars appear larger and also help to capture their colour.

Fog filters come in different intensities, using either numbers of letters to indicate just how much fog they will introduce into an image. A 1 or “A” filter has less fog than a 3 or “C” filter. The square filters can also be layered to intensify the effect, but be careful layering circular polarizers, as you may end up with vignetting. Some companies, like Tiffen, also offer a double fog filter, which has a greater effect on contrast, but a smaller effect on the sharpness.

Fog filters are easy to use. Just add them to the end of your lens. Keep in mind though, that wide open apertures will diminish the foggy effect.

Can you mimic the fog filter effect in Photoshop? Yes, but this look is more time intensive than simply using a filter. Photoshop has the advantage of being able to apply the effect only in certain areas, however, though you can also cut down a few steps by taking one picture with the fog filter and one without, then using layers to blend them later. Tiffen’s highly recommended double fog filters are usually under $50.

Adding a cloning effect for an object in Photoshop (and doing it well) is a time intensive process. Multivision filters create that look almost instantly.

Can you mimic the multivision effect in Photoshop? Yes, but the multivision filter does it without cutting and pasting. Photoshop allows more control, where a filter allows for more simplicity. Plus, it’s kind of fun to tell people you shot that multivision photo without Photoshop. 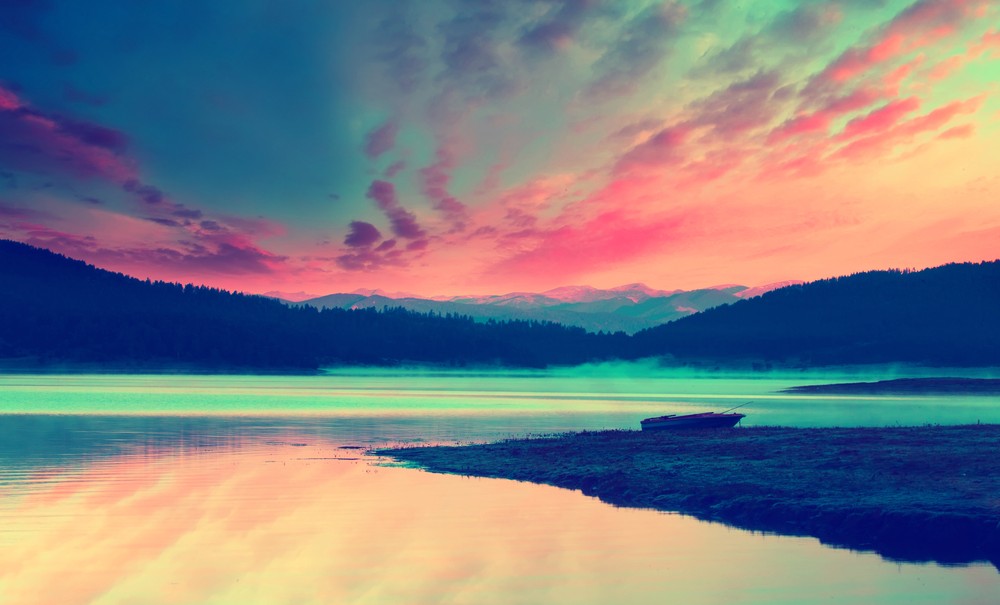 Infrared light is invisible to the naked eye, but not to your camera. An infrared or IR filter blocks out all light except for that within the infrared spectrum. Since the human eye can’t see IR, using the IR filter creates a surreal, dramatic image.

Colours appear much different when reflecting infrared light. Green foliage, for example, will appear white. Along with the differences in colour, skies will appear more dramatic, and skin smoother. A pair of sunglasses shot with an IR filter look more like a normal pair of glasses. IR photography also tends to have much more contrast and a look that isn’t found in any other type of photography.

The problem with using an IR filter is that most of the light is blocked, so IR photos taken with a filter need to have much longer exposure times. Digital camera sensors are designed to block out IR light, so using an IR filter requires focusing before attaching the filter, then using a tripod for a long exposure. IR photography can also be done with a modified camera, but that’s much more expensive.

Can the infrared filter effect be mimicked in Photoshop? No. Photoshop has it’s limits and this is one of them. If you don’t get the look as you shoot, you don’t the look at all.

Wish you could stay and take the shot towards nightfall? Or don’t have a tripod handy for a night shot? Day for night filters take an image shot during the day and darken it while also adding a blue tint, creating the appearance the shot was taken at night. Of course, a filter can’t mimic good timing. For example, if the building in the image isn’t lit, it’s not going to look like a dramatic night landscape.

While they are an interesting concept, day for night filters can’t replace good timing.

Can you mimic a day for night filter in Photoshop? Yes, the same look can be achieved with some post-processing work. And since day for night filters run about $150 a pop, it’s probably worth the extra editing time over adding the filter. The online video editing and production courses can teach you such nifty hacks.

Special effect filters must be used carefully and don’t have as many wide uses, but can add an interesting artistic flair to images. While some effects are easy to mimic in Photoshop, like a soft filter, others, like infrared, cannot. Special effect lens filters are good tools for expanding your creativity, as well as learning how the camera interprets light.