Flash Photography: How To Use A Flash And Make It Look Like You Didn’t

Flash is dreaded word among new photographers, and even some with more experience. The flash creates harsh shadows, blows out the highlights, ruins ambient lighting and makes it obvious that you used a flash in the first place.

But, that’s just flash used incorrectly. In fact, flash is one of the least understood tools among new photographers, to the point where many don’t use one at all. And that’s a shame, because the flash is a really important tool, and one that comes in handy for more than just lighting up a dark scene. Fill flash can even eliminate shadows by adding more light into a brightly lit scene. Flash is also essential for shooting a backlit subject without blowing out the background or rendering the subject as a silhouette.

If you use the flash and see harsh shadows or overblown highlights, you’re doing it wrong. But how do you take a picture with the flash that doesn’t look like a flash was used at all? There’s actually more than one way to do just that, and you can even combine multiple techniques. To master the use of your flash, you’ll need to understand what makes a light hard and soft, and have a few techniques in your arsenal of photography knowledge. 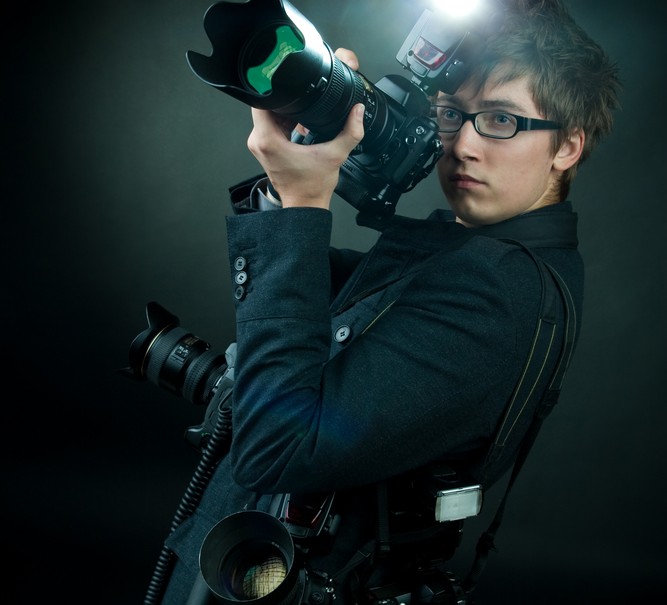 What is hard light and soft light?

Hard light is light that produces lots of dark shadows. Soft light, on the other hand, produces minimal shadows. Lights in photohraphy that are small produce hard light with lots of shadows. Remember, holding a flashlight up to your face to make scary faces around a campfire? Distance plays a role too though, the closer the light source is, the softer it appears. That’s why the sun is a hard light source.

A diffuser will spread light over a larger area, creating a softer light than the original, smaller light source, in this case, the flash. Diffusers are types of flash modifiers (LINK). A diffusion dome is a small plastic cap that snaps onto the flash. It has a milky white but semi-translucent texture that helps to spread and soften the light. A softbox is also a type of diffuser, but as the name implies, as a box-like design and spreads the light out a bit further than a simple dome diffuser.

One of the biggest benefits to using a hot shoe flash instead of the built-in pop-up flash is the ability to bounce it. Light will easily bounce off walls and ceilings, which spreads the light out of a larger area, creating fewer shadows. Hot shoe flashes allow the photographer to change the direction of the light. The flash can be bounced off walls and ceilings, just keep in mind any colour on where the light is bouncing from will also impact the colour of the light, so white or light coloured walls are best.

Sometimes, there isn’t a wall or ceiling to bounce off, either because you’re outside, or because the ceilings are too high or are painted a dark color. The flash can also be bounced off a photography reflector, either clipped on to a light stand or held by anyone willing to help you out. There are also flash modifiers that will bounce light. These bouncers are made from a thin, reflective material that attach to the backside of a hot shoe flash.

Manual flash mode allows you to adjust the intensity of the light. On full power, or at 1/1, the light from the flash is very strong and hard, creating those dark shadows. But by dialing down the flash, like to half power (1/2) or a quarter (1/4), you can easily soften the light. Using manual flash mode is essential to blending the flash with the existing light, which is how you make it look like a flash wasn’t even used at all.

Manual flash mode also works well with other techniques, like using both manual settings and a diffuser to soften the light. It’s essential to using fill flash or using flash to avoid a silhouette.

The light from a flash only reaches so far. Objects that are close to the flash will often appear too bright, while farther objects won’t see much of the flash at all. Sometimes, a change in the subject’s position can help correct some of the harsh shadows seen with flash. If you are taking a picture of a person in front of a wall, for example, the flash often creates a shadow on the wall behind them. Simply having the subject move farther away from that wall will help. The shadow will fall on the empty space behind them, instead of on the wall. If you’re still catching a shadow with the flash on reduced power, try separating the subject from the background a bit.

With an adapter, you can shoot with the flash off the camera, opening up a range of different possibilities for fixing harsh shadows. Moving the flash closer to the subject will soften it. By adjusting the angle, you can also choose which shadows to eliminate (or, on the other side of the spectrum, create specific shadows for added drama). Shooting with the flash off camera is another technique that’s best combined with another one, like also using manual mode or a diffuser to reduce the intensity.

Flash is a largely misunderstood tool among new and aspiring photographers. Done right, only the keenest eye will be able to see that you even used a flash at all. Done wrong, the flash takes away from the image, instead of enhancing it. Flash can add light to a dark scene, fill out shadows in an overly bright scene or add some drama and flair to a boring scene, you just have to master a few simple techniques to get it right. But once you do, all that effort is well worth the final photo.