What is mid-century modern design? 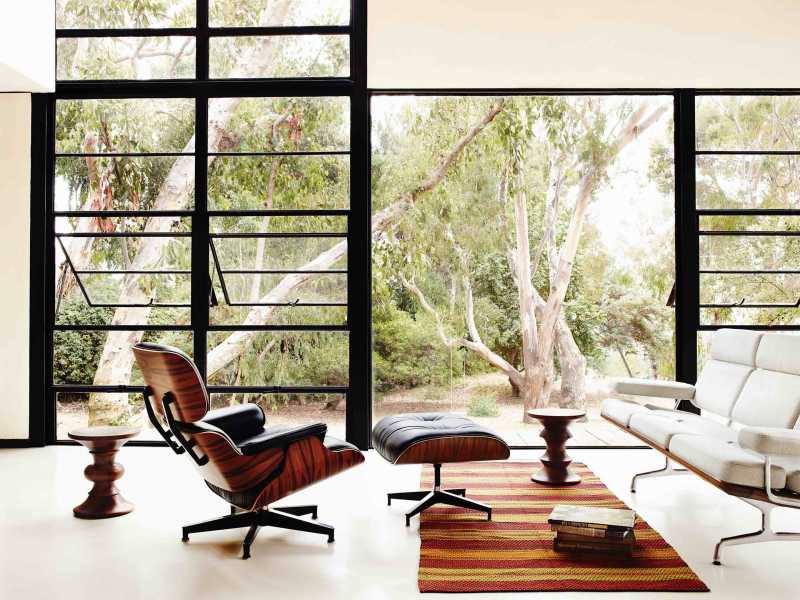 What exactly is “mid-century modern”? Simply put, this is a style that developed between 1933-1965 with a focus on quality, furniture, graphics, and function. It broadly describes the architecture, furniture, and graphic design from the middle of the 20th century.

Popularised during the 1940s (post-WWII), mid-century modern is still featured in mainstream design today, and for good reason – it is a timeless foundation due to its style characteristics, minimalism, high-focus on function, organic form, and clean lines. This retro-come-modern aesthetic was largely fashionable in America at the time, brought to life by the designs of Florence Knoll and Arne Jacobson — both of whom were prominent designers during the mid-century modern period, and remain a strong part of the design conversation to this day.

Get Certified in Interior Design

Learn how to create and manage your own design projects, and kickstart your interior design career. 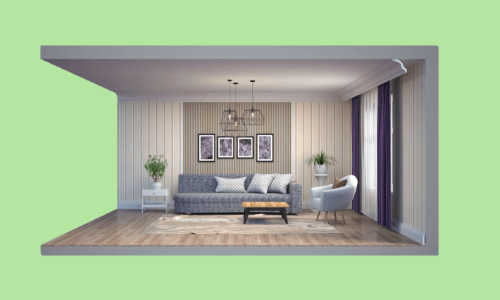 Defined by an era when astronauts first visited space, and science fiction shows such as The Twilight Zone and The Jetsons were the latest craze, mid-century modern design was influenced by this movement towards futurist shapes and materials which were used everywhere from furniture to homes and multi-storey buildings. 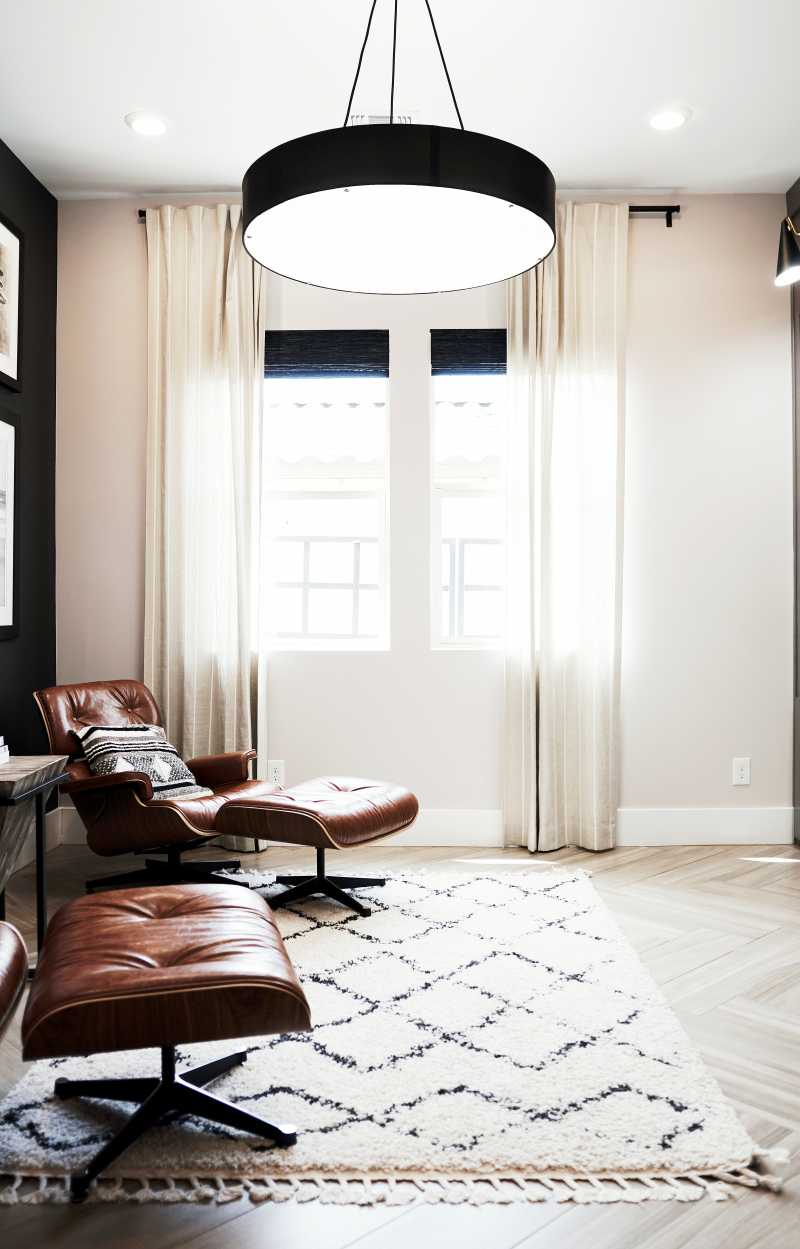 You could say the beauty of mid-century modern design for today’s consumers is its flexibility; one could have an entire living space transformed by fully embracing the characteristics mentioned above, or you could take a more subtle approach by incorporating iconic furniture designs from the period, such as:

Below are four examples of mid-century modern living room spaces that will not only remind you why this style has remained iconic through the years, but also how it can transcend personal style preferences to appeal to those with different tastes and design goals. 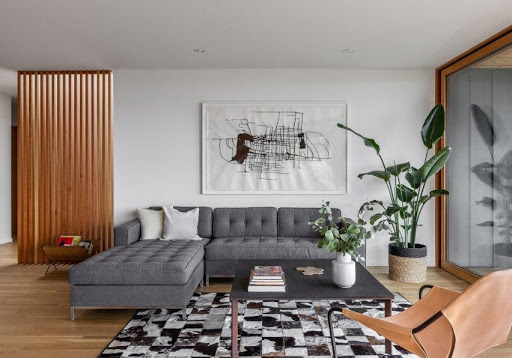 This interior, by American design firm SHED, plays into the foundations of the mid-century modern characteristics such as quality, geometric patterns, and timber detailing. Ideal for the minimalist at heart. 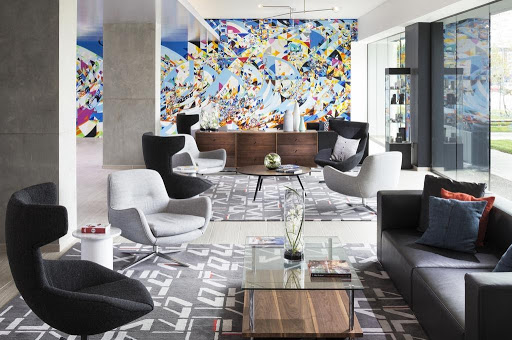 This iconic reception lounge in Le Méridien, Chicago, expertly showcases foundational mid-century elements of geometric graphic art and iconic furniture pieces. It acts as the perfect reference for those who prefer design to be more illustrative and punchy. 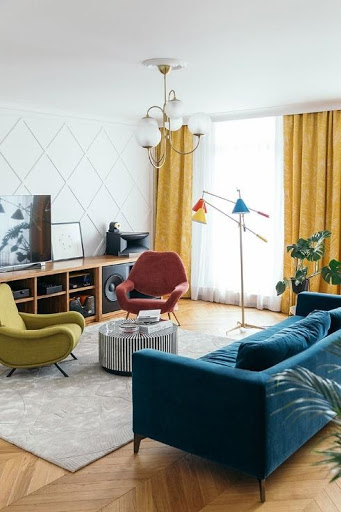 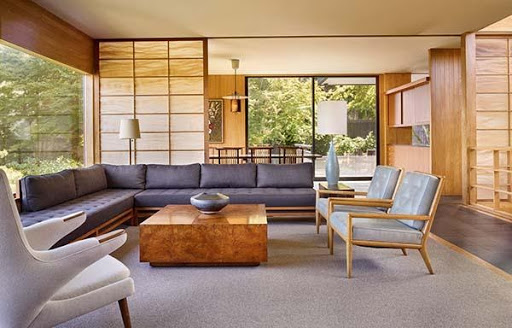 This interior, which was built in 1953 in Seattle’s Seward Park and designed by noted architect Paul Hayden Kirk, is an example of classic mid-century modern architecture. Through the carefully selected furniture pieces, to the timber foundation and open-plan living, it makes a great design inspiration for those who like interiors to remain classic in style.