Everything You Need to Know About International Trade

The free, fair, and reciprocal exchange of goods and services between two different countries is largely referred to as international trade. It involves the export and import of products that are meant to fulfill a certain need, meet existing demands, or act as a legitimate way to diversify a country’s economic basket.

The need to conduct global trade primarily arises from the uneven distribution of natural resources. This leads to a division of labor, development of technical know-how, and lowering of comparative cost, thus making some countries more suitably placed to produce certain goods or services. A smooth flow of international trade ensures that the world economy continues to thrive despite political, social, and cultural differences.

In the last few decades, the international trade scenario has expanded its reach by leaps and bounds. It had risen from a meager $61.81 billion in 1950 to a stupendous $19,453 billion in 2018! This is why, for anyone who is willing to make a career in the field of international trade and finance, gaining a detailed understanding of the basic types of global trade becomes extremely crucial.

For practical purposes, international trade is divided into three major types. These are:

To put it simply, import trade means purchasing goods and services from a foreign country because they cannot be produced in sufficient quantities or at a competitive cost in your own country.

For example, India imports 82% of its crude oil requirements from countries like UAE and Venezuela. This is because these countries possess massive oil fields and are quite competent in exploring, processing, and transporting oil at an economical rate. Similarly, UAE imports agriculture and apparel based products from India because it is easier and cheaper to import these, rather than produce them in their own country.

Quite like its import counterpart, export trade is a type of international trade which relies on selling locally manufactured goods and services to foreign countries. In theory, it is considered to be just the opposite of import trade.

For example, India exports inorganic chemicals, oilseeds, raw ores, iron and steel, plastics, and dairy products to a country like China. In return, China exports electrical equipment, organic chemicals, silk, mineral fuels, and fertilizers to India. These goods are exchanged between both countries so that they can make the most of their respective production capacities. 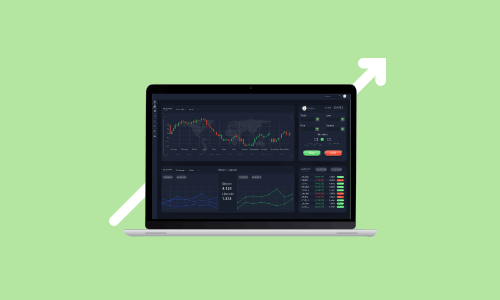 Entrepot trade, in simple terms, is a specific form of international trade that comprises both – import and export trade. Under this type, goods and services are imported from one country so that they can further be exported to another country. This is to say that the imported goods are not used for consumption or sale in the importing country. Instead, the importing country just adds some value to the goods before exporting them yet again. For example, if India imports rubber from Thailand, processes it, and re-exports it to another country like Japan, it would be referred to as Entrepot trade.

Most countries deal in Entrepot trade because of the following reasons:

International trade proffers a variety of strategic advantages for all the countries involved. These include:

However, international trade, if not used with checks and balances, has the potential to render a few disadvantages, too. These are:

Despite such weaknesses, international trade, over the ages, has continued to flourish and prosper across various geographical boundaries.

With changing times, the world of international trade and finance is likely to undergo a major transformation, too. More and more countries are expected to give up their protectionist stance and seek a slice of the highly lucrative foreign trade market. International trade, as a global product, is projected to witness a growth rate of approximately 2.7% in 2020 itself! In such a scenario, both organizations and individuals will need to gain a thorough understanding of the intricacies of international trade and finance, if they intend to survive the constant onslaught of cutthroat competition.

Join 12+ million students who already have a head start.
Sign up today and get 4 weeks free!
Start now for free
No commitments. Cancel at any time.