Almost all the songs you love to listen to have something in common. And that is guitar strumming. This is that simple up-and-down stroke guitarists make to strike the strings of the guitar, usually with a guitar pick. Many guitarists simply use finger strumming, too.

Guitar strumming is very important in music, especially with genres such as rock, pop, country, and folk. It keeps up the rhythm of a song and often creates a distinctive mood. Along with drumming, guitar strumming can thus be said to be the spine of a piece of music. It’s a vital part of any guitarist’s skills. Master the art of strumming, and you’ll go far with your guitar.

How Can You Strum Successfully? 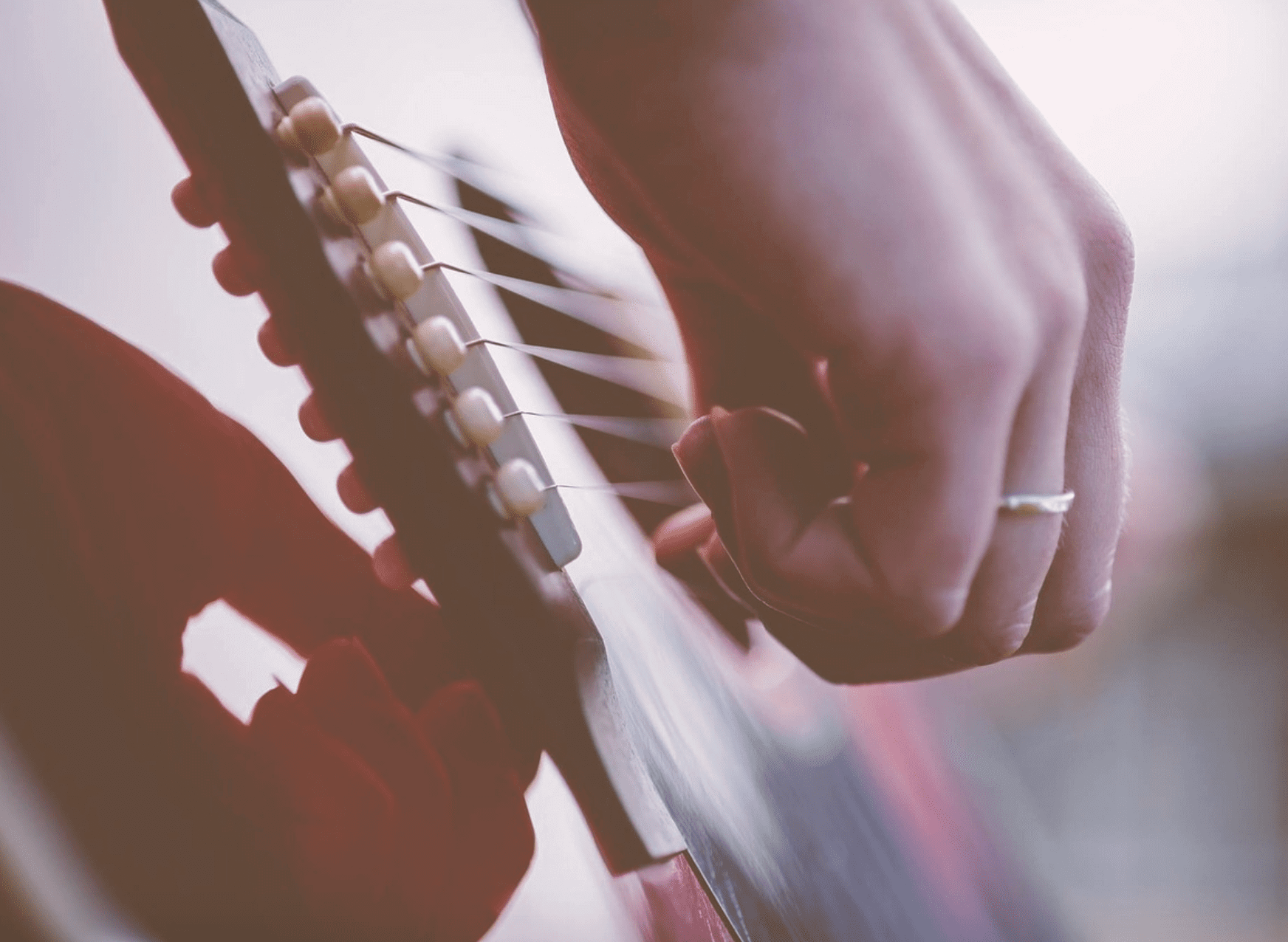 Different guitarists have different ways of strumming, depending on the effects they want to create. For example, many strike the strings just above the guitar’s soundhole. Others move closer to the bridge.

The best thing for you to do is to experiment until you find a spot that works for you. When you slow down and strum carefully, you’ll realize the difference in sound depending on where you hit the strings.

Slowing down when you’re practicing also has another important benefit. One of the key aspects of strumming is the ability to keep time and stay with the beat. Slowing down in the initial phases will give you mastery over the strings and you’ll later be able to speed up as needed with more confidence.

Some guitarists use the up and down movements of their wrist to strum. Others prefer to use their elbows to make the pick go up and down. There is no one correct way: guitar strumming patterns shouldn’t be nailed down into an exact science.

Guitar strumming should always appear and sound free and easy. Try out different ways until you find something that feels right for you. The rhythm apart, it’s the chords that make guitar strumming distinctive. You must already have learned of the many popular guitar chords with your left hand. With strumming, you make your right hand and equal partner in creating music.

To begin with, however, it makes sense to practice guitar strumming with just one or perhaps two basic chords. You can choose any that works for you – for example, C or E. Then, find a beat and a pattern of strumming up and down.

It’s time to pick up your guitar and get comfortable. Let’s start your musical journey with some basic guitar strumming patterns.

Seven Strumming Patterns to Start With

These seven basic strumming patterns take the basic 4/4 beat as a guide. In the images, the up arrow is the upstrum, the down arrow is the downstrum, and beats and pauses are indicated.

Strum Pattern 1: Downstrum with the Beat

This is the simplest pattern and primarily involves keeping to the beat. Here, you only use downstrokes. It’s a good beginner lesson in realizing the importance of the beat in any song. To start with, you can use a simple 4/4 beat. When practicing this, keep in mind the aspects mentioned earlier of using wrist, elbow and positioning the pick at the sweet spot.

With this guitar strumming pattern, you’ll be getting used to adding upstrums to create a richer texture to the sound. As before, you will have to count the beats – but in this pattern, between beats three and four, and before the start of the next round of beats, you have to add upstrums. Notice how it changes the feel of the song?

This is a little trickier, but if you’ve been practicing the first two, you’ll get the hang of it easily enough. It’s best to pick a single chord and practice with it. Once you’re comfortable, you can try chord changes for a richer sound. 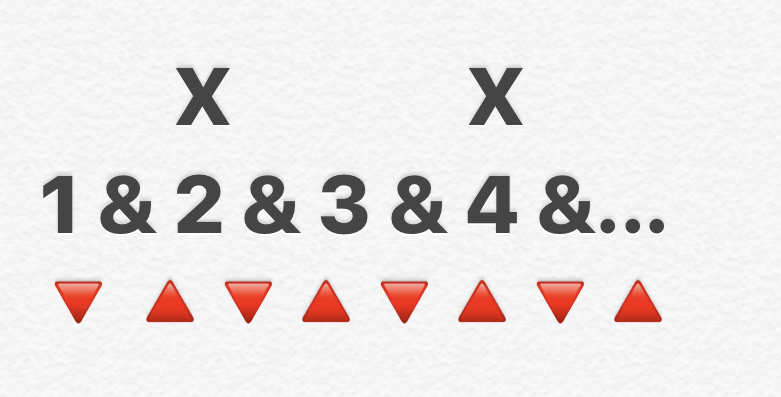 Here, you will learn how to play with a new technique called the muted strum. In the image, this is indicated by a cross above the beat. To do a muted strum, you have to relieve the pressure off the frets and then mute the strings with the palm of your strumming hand. Don’t fret: it’s simple!

This creates a percussive sound, akin to that of a drumming accompaniment. It’s basically similar to a drummer hitting the snare between beats two and four. It’s the sound of the snare you will be emulating.

In this pattern, you do a muted downstroke on the second beat, and repeat it for beats three and four. It’s similar to a two-beat strumming pattern that keeps repeating.

Strum Pattern 5: One Upstrum After Another

In this pattern, you’ll have to train your hand to play one upstrum followed by a second one. Initially, there will be an automatic temptation to play a downstrum after the first upstrum, but practice will make perfect.

In this guitar strumming pattern, the rests are as important as the strums. The pauses provide resonance to the music. When you start leaving some notes out, it creates a pleasing rhythmic form.

This can seem difficult at first. The trick is not to let your hand rest when it comes to the pause. When you keep your hand moving, even with the pause, you’ll achieve a steady rhythm.

Strumming Your Way to Success

These are seven basic strumming patterns with which you should be able to keep the beat to any song. With guitar strumming, the important thing is to practice constantly. After a while, strumming will seem like second nature. A good way to become a better strummer is to strum along with your favourite songs and recognize the patterns that are being used. But don’t stop there. You should also try and come up with your own strumming patterns.

You can move away from the 4/4 beat, you can add accents and chord changes, you can play with muted strums: the possibilities are endless. Above all, remember to have fun.